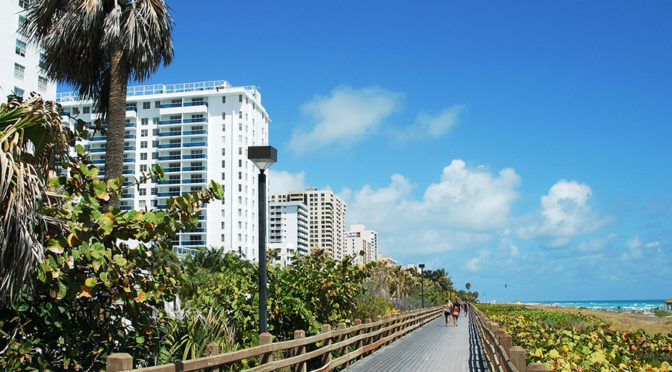 Moving to Miami : Get Ready, Things That Are Just Different Here
By dm support

Even its history is different. It’s the only major U.S. city founded by a woman, Julia Tuttle. According to the Florida Women’s Hall of Fame, Tuttle wrote: “It is the dream of my life to see this wilderness turned into a prosperous country.” That dream certainly came true. Now, you can be part of it by moving to Miami.

Some Things to Know About Miami

What are some of the differences you need to know about Miami? Just check out the following.

No one really uses it, but Magic City has been the official nickname of Miami for a century, give or take a few years. Why? According to the Miami Herald, it could involve the “spectacular sunsets,” beautiful water, or the way “traffic materializes magically everywhere on every highway at 4 p.m.” But really, it comes from a magazine article written about Miami in the early 20th century in an attempt to get people to move here from the North. Needless to say, that worked very well. While Miami is constantly in a state of change, the nickname has stuck.

You Will Meet People From Around the World

About 7 million people live in South Florida, many of them from other parts of the U.S. and the world. Also, Miami gets 14 million visitors per year. Your chances of meeting people from diverse cultures around the globe is simply a matter of getting outside and going…pretty much anywhere.

If you don’t already know Spanish, you are going to learn some when you move to Miami, so you might as well get a head start and learn some now. That will give you a leg up once you arrive. Spanish is spoken in areas throughout the city, and in some neighborhoods, you will hear little to no English.

The Roads Are Insane

You may think the driving is bad in your city, but that’s because you haven’t spent enough time on the road in Miami. Prepare yourself for people who drive by the rules from other countries or with no rules at all! You will get used to it, but it’s better to be prepared and know what’s coming.

The city of Miami has only about 440,000 people. Most people who live in South Florida live outside the city. Other cities in the area include Fort Lauderdale, Coral Gables, Boca Raton, Delray Beach, Homestead and Pembroke Pines.

Expect Everyone To Be Late and Little “Office Talk”

Miami has plenty of exciting things to do, but it’s also laidback. Thanks to that attitude and the traffic, expect everyone to be late for everything. Also, it’s kind of an unwritten rule in Miami that no one asks what you do for a living. There are too many more interesting things to talk about.

Miami contains some of the most affluent areas in South Florida and many beautiful neighborhoods. It also contains some of the roughest areas in the region. You will want to research and make sure you are moving into an area where you feel comfortable. Also, Miami was ranked – along with Houston and Los Angeles – as one of the least walkable cities in America. If walkability is what you want, you will need to do detailed research.

You Will Not Get Bored

While Miami has challenges, it also offers more entertainment options than just about any other city. The beaches are world class. There are two National Parks, Everglades and Biscayne Bay, on either side of the city. There are world-class art museums, a vibrant music scene and a foodie’s paradise, especially for Latin-influenced cuisine. Just driving around can be cool: there’s more art deco era architecture in Miami than any other city.

You certainly won’t get bored in Miami. But you also want to make your move prepared for living in this unique and beautiful city. Keep these factors in mind as you make your decision on where to live in Miami – and get ready to move to one of the most diverse, interesting and fun places to live on the planet.