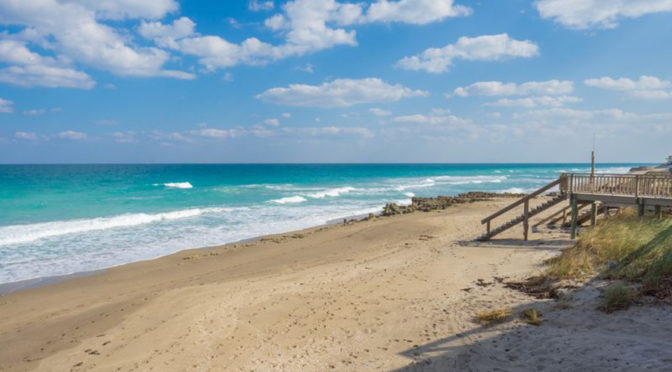 10 Things to Know Before Relocating to Florida
By dm support

Florida is popular. Once you’ve spent some time in a place with a tropical environment, beautiful beaches, an amazing amount of entertainment options and a diverse culture – well, other places can start looking kind of bland.

Does that mean it’s perfect? Of course not. For one thing, popularity brings terrible traffic during rush hour, which anyone on I-95 in South Florida at 5 p.m. on a weekday can tell you. But the good far outweighs the bad.

What do we mean? Read and on and discover some of the things you need to know about Florida before you move there.

It really is that hot. There are basically two seasons in Florida: summer and winter. Summer lasts from around April until October. In October, temperatures begin to cool down and for the next six months the Sunshine State is pure bliss. Why do you think so many people go there for the winter? Just makes sure the air conditioner is working well before the hot months hit.

Do you like money? Well, you can have more of it when you move to Florida. There is zero state income tax in Florida. That’s a huge advantage and even kind of shock for those moving to the state from places like New York, Illinois and California.

Alligators get the headlines, especially for stories meant to scare people in other states. Plus, they are called the University of Florida Gators, not the Manatees. But you’ll learn soon enough that the gentle, giant “sea cows” called manatees are wonderful and can be seen at many locations around the state. You can even swim with them in places like Crystal River!

For many aging Americans, Florida and Arizona are still the places to retire. And Florida gets the majority of people from east of the Mississippi River. Just prepare yourself for rubbing elbows with seniors pretty much everywhere you go. This is especially important to remember when driving in winter. Driving can get a bit hectic when there are tons of seniors combined with tourists.

The Beaches Are World-Class

All over the state, you can find fantastic beaches. Once you’ve been in Florida for a while, you’ll pick your favorite. Some are geared more for young people, others for families and still others for seniors. The bottom line is this: The beaches are beautiful and not going anywhere. Take the time to visit a few and find the ones that are best for you.

People come from all around the United States to live in Florida – and from all around the world. That means there is a wealth of diversity in art, culture and music. And food! You can get everything from the best Cuban sandwiches or fresh seafood you’ve ever eaten in your life as well as fantastic barbecue. If they make it anywhere in the world, chances are you can find some version of it in Florida

Here There Be Tourists

Tourism is a huge driver of the Florida economy. That’s just a fact. In terms of traffic, prepare yourself for a surge during the beautiful winter months when people visit Florida from around the world, looking for blue skies and mild weather. That’s a headache on the roadways. However, on the plus side,you meet people from other parts of the country and the world, and that’s pretty cool.

Every Floridian eventually takes a trip to Key West, which is the southernmost point of the United States. If you’ve ever wondered what a more chilled Bourbon Street might be like, you’ve found it.

Depending on what coast you are on, Florida can treat you to some of the most beautiful sunrises and sunsets you have ever seen. In Key West, you can do both just by walking across the island.

As someone who is moving to Florida, you are far from alone. The Sunshine State is one of the largest states in America. Florida’s population rose from 18.8 million in 2010 to 21.3 million in 2018. In 2014, the state surpassed New York to become the third most populous state in the country, behind only California and Texas.

These are some of the things you can expect when moving to Florida Like millions of others, you are going to learn to love it in the Sunshine State.