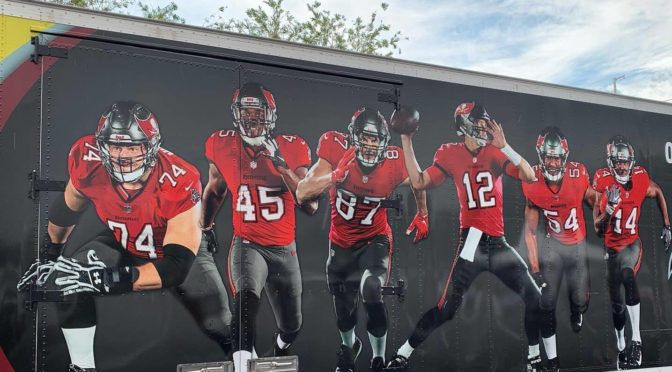 In the past few years, Tampa Bay sports fans have seen their teams reach the World Series, Super Bowl, Stanley Cup Finals, and the USL Championship Final. It’s led to the nickname “Champa Bay” and a lot of attention for an area that already is the hottest housing market in the nation, according to Zillow.

For those who want to learn all about moving to Tampa, including the sports options, the following list will get you started. It’s yet another reason Tampa is attracting new residents from big cities across the nation.

The Tampa Bay area has teams in three of the nation’s major professional sports, as well as a soccer team in the second tier of the U.S. soccer pyramid.

The National Football League’s Tampa Bay Buccaneers, two-time Super Bowl champions, have made Tampa home since their founding in 1976. The Bucs play at Raymond James Stadium on Dale Mabry Highway, just across the street from the New York Yankees’ spring training home, Steinbrenner Field (also home to the Yankees’ Florida State minor league team). With the addition of quarterback Tom Brady, the team has become perennial contenders in the NFC.  Good Greek Moving & Storage is proud to be the official mover of the Tampa Bay Bucs.

The National Hockey League’s Tampa Bay Lightning, three-time Stanley Cup winners, have played in Tampa since the team’s founding in 1992. The Lightning play at Amalie Arena in downtown Tampa is an area that has seen a lot of growth in recent years, with both residential and commercial housing expanding in recent years. The Bolts have seen some of their biggest success in recent years, winning back-to-back championships in 2020 and 2021.

Major League Baseball’s Tampa Bay Rays, two-time American League champions, have played in St. Petersburg since the team’s first season in 1998. They play at Tropicana Field in downtown St. Petersburg, although the team is expected to move to a new stadium after the 2027 season, and the Rays owner expects the team to stay in Tampa Bay. The team has become one of the most innovative in baseball, leading the way in the use of data analytics and new approaches to the game. They compete in an American League East Division with a payroll that is just a fraction of what teams such as the Yankees and Boston Red Sox spend.  Good Greek is proud to be the official mover of the Rays.

The Tampa Bay Rowdies, two-time champions, have played in different incarnations in the Tampa Bay area since the 1970s. The current club first took the pitch in 2010 and has played in the USL Championship league since 2017. They won the Eastern Conference championship in both 2020 and 2021 and won championships in 2012 and 2020. The first incarnation of the Rowdies won the 1975 North American Soccer League championship. They play their games at Al Lang Stadium in downtown St. Petersburg. They also boast one of the more well-known supporter’s clubs in the league, Ralph’s Mob.

If you enjoy college sports, then there are plenty of options, as well.

These are some of the sports options you’ll want to know about as you learn all about moving to Tampa Bay. It’s an area known for its job opportunities, restaurants, beaches, and amusement parks. Now, it’s also known for great sports teams.